I had (what seemed like) a million things to get done in April, so the Woodland sampler was put on the back burner.  Now that I'm all caught up on various other deadlines, bee blocks, swaps, & pattern testing, I had a chance to work on my April and May Woodland sampler blocks.

April brought the jack-a-lope and April showers.  I added little dandelions which I love seeing this time of year. 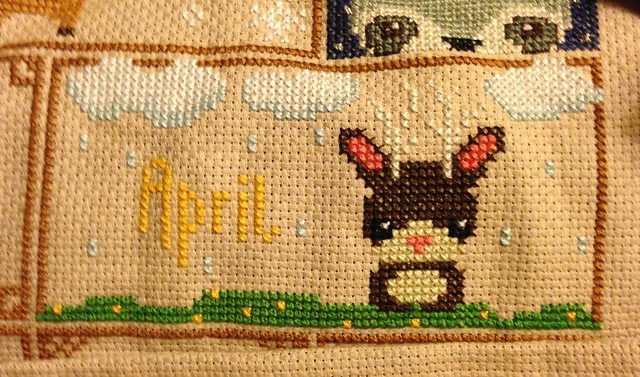 For May, I stitched up this little gnome guy.  I think he's rather cute hiding in those sprouts. 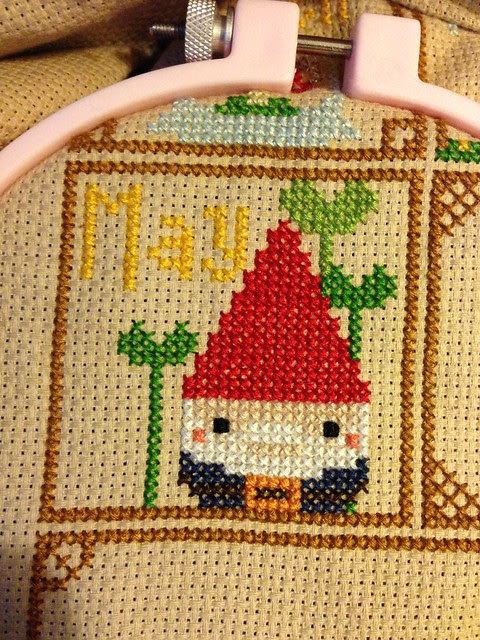 I can't wait for the release of June's pattern, but until then I have plenty of work to do on the Springtime sampler. I'm over halfway done stitching up the frames and finally picked up the embroidery floss for the pattern.
Posted by Tricia at 10:11 AM